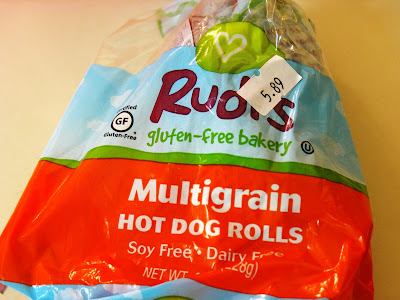 In the recent past I had a backyard BBQ and decided to try Rudi's Multigrain Hot Dog Rolls.  I had a less than positive experience and did a review here on the blog, which you can read here. Rudi's Review.

A representative of Rudi's read my review.  She wrote me a letter explaining that I must have gotten a "bad batch" and that She thought their product was a great product.  She asked me to give them a second chance and try them again.  Along with this request She sent some coupons to try the products for free and a list of the local stores where I could buy them.

I agreed to try them again with an open mind, I mean, it is believable that there could have been a "bad batch", or problems in the shipping where the product had not remained frozen, or something that led to them crumbling in my hands.  So, I went to the store and bought 2 packages of  the Multigrain Hot Dog Rolls and 3 loaves of Sandwich Bread Original.

You may remember this picture from my original post of the crumbled hot dog roll. 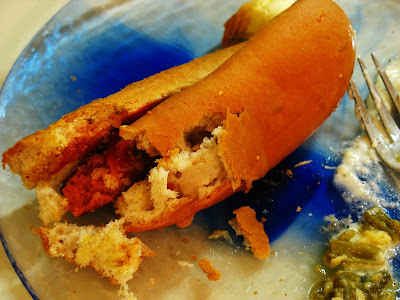 Well, this is exactly what happened again with the first bag we tried this time.  Dry, crumbly, inedible.

I had kept them frozen until the day we were going to try them, then thawed them on the counter in the bag.  They were dry and crumbly, like old stale air dried bread.  Not at all delicious or edible.

Now at this point I still really really wanted to give a favorable review so I remembered that last time microwaving helped restore them to a softer, slightly less brittle, and more edible state.  We experimented with a few rolls at different settings, times, and thawing.

Here is what worked.


This resulted in a gluten-free multigrain hot dog roll that was closer in texture to a real steamed hot dog bun.  It held together through the entire meal and not only didn't crumble, it had a more spongy texture than the previous tests.  I had my dogs with slaw and they were delicious. 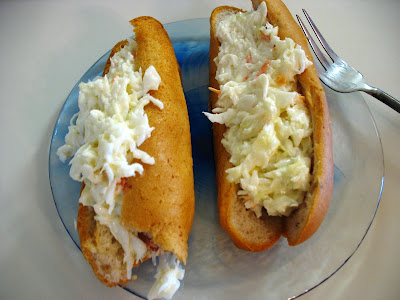 Now for the Bread.

I had not previously tried any of Rudi's sandwich breads and wasn't really expecting much given my first experience with the hot dog rolls.

We took a scientific approach again, trying many different ways of thawing and tasting.  With the first loaf we thawed it on the counter and tried it.  When I first went to open the loaf, I gave it a gentle squeeze to test it, just like you would do to any loaf of bread you buy.  The gentlest little squeeze in the middle of the loaf to test freshness.

The entire center of the loaf crumbled and those slices became unusable.

I took out a a few intact slices to try and this is what they looked like. 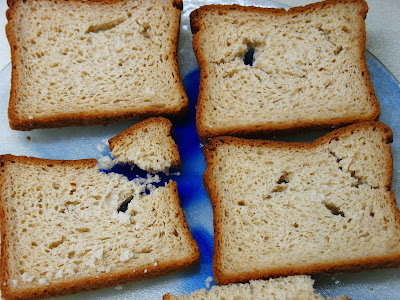 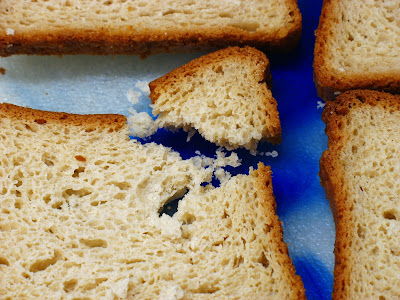 The counter thawed bread was dry and crumbly and needless to say, I couldn't make a sandwich out of the bread this way.  I decided to toast them.

I toasted a couple of the slices in the toaster oven and then buttered them.  They looked good. 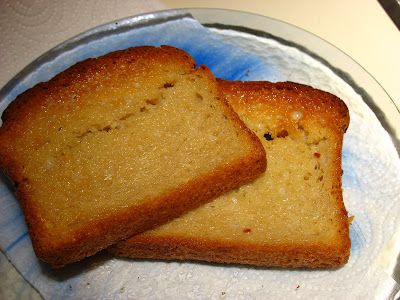 They had the texture you would expect out of a slice of toast.  Dry and brittle at the edges and softer where the butter has melted in.  They tasted like toast.  I was pleased. 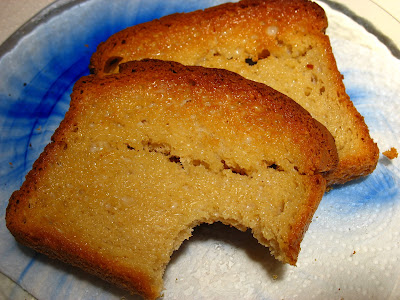 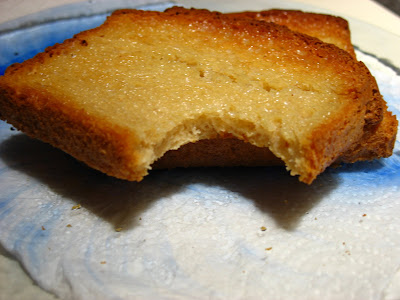 The Original Sandwich Bread  from Rudi's made pretty good toast.

What I really wanted was a sandwich.  By now we were starting on the second loaf.  I took only two slices out and microwaved them similar to the hot dog buns, expecting similar results.  This is a peanut butter sandwich I made with them. 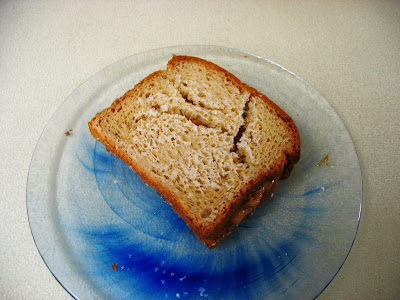 Notice that the bread was cracked, this was how they came out of the bag, so it happened during transport or when handled in the store by stocking personnel.  It was a bit softer but just wasn't quite good enough to make a decent sandwich.

Back to the tests.

We decided to use the microwave on defrost setting.  We select weight as .1 per slice.  The results were much better.  I made a simple buttered slice of bread first. 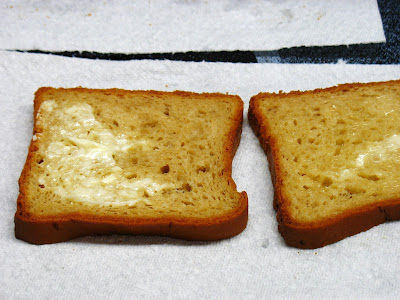 It was able to take the spreading of the butter without crumbling or breaking.  It had a nice texture and flexibility. 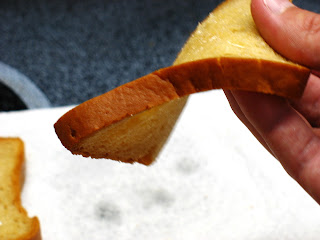 This was a bread texture that was more suitable to a sandwich.  Finally!  After many tries I finally had something nice to say in my review about Rudi's bread.  This was the best way we found to get the bread to a texture that wold make an okay sandwich.  Nothing spectacular, but in the world of store bought gluten-free bread, this wasn't too bad. 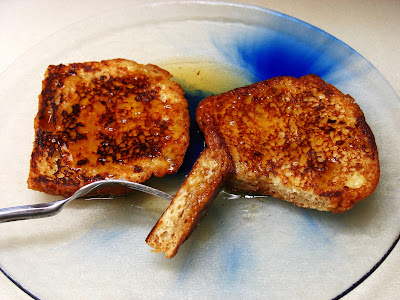 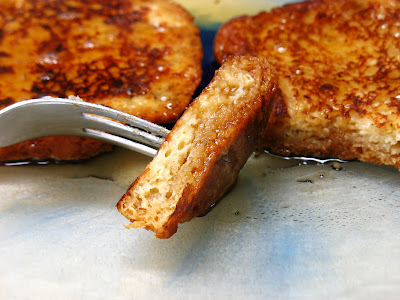 This was by far the best way we found to consume Rudi's Original Sandwich Bread.  It had an awesome texture prepared this way.  A great flavor.  I gobbled it down.  It tasted and felt like what I remember french toast tasting like as a child when my mother made it for us.  I am so glad that I can say this.  I would feel just awful if I had reached the end of this review with nothing positive to say.

So, as we end this review I suppose I should sum things up.  Shawn and I probably won't be buying anymore Rudi's products.  Yes, We did like the toast, the microwave defrosted slices weren't horrible, and the french toast was absolutely delicious, but...  It is decidedly cheaper to bake my own, which has a much better texture without all the defrosting, microwaving, and toasting just to make it edible.

My advice to Rudi's (otherwise known as my wish list)...

Please include thawing instructions or suggestions on your frozen bread products to avoid people having the same issues we did at first and then just assuming that is just how your product is and never buying it again.  Please find a way, if you could, to sell fresh gluten-free bread, not frozen.  I have seen at health food stores, your organic gluten containing breads chilled not frozen for purchase.  Can you not sell gluten-free breads that way?

If your gluten-free bread is to continue to be sold frozen, I suggest selling it unsliced and only half baked to 3/4 baked so the consumer can purchase the loaf, pop it in the oven for an amount of time to be determined, and have themselves a loaf of what would be more textured like a home baked loaf of bread.  Everyone loves bread that is fresh from the oven. You might just have a best seller on your hands if you did this. To have to toast or microwave bread to get it to an edible state isn't what we yearn for as gluten-free consumers.  If you do decide to give this take and bake, brown and serve type of loaf idea a try.  I'd appreciate a shout out for the idea.

Sponsorship opportunities available. Have your logo or ad prominently displayed in this sidebar along with other various perks. Click the image to inquire. 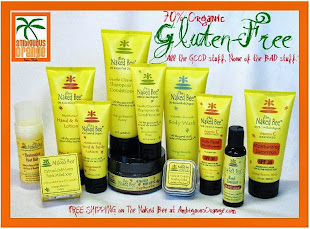